Gilbert Alexandre, a longtime resident of Darien, died peacefully Sunday morning Aug. 2, 2020. He was 85. Gilbert Alexandre, 84, died Aug. 2. His memorial service is being delayed for safety reasons. While his passing is a sad day for us all Gil had a kind and generous soul who lived his life to the 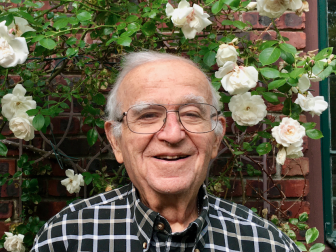 Gilbert Alexandre, 84, died Aug. 2. His memorial service is being delayed for safety reasons.

While his passing is a sad day for us all Gil had a kind and generous soul who lived his life to the fullest leaving the fondest of memories for everyone who knew him.

Gil was born in Luxembourg May 26, 1935. As a 6 year old in 1941, he immigrated to the U.S. through Ellis Island. This first of his many adventures began after his father, Emmanuel, made the decision to move the family to the U.S., given the situation with the war in Europe.

The family travelled to Marseille, where they secured emigration papers to the U.S. and formulated their plans to make the trip during those dangerous times. The family found passage on a boat taking them to the coast of Tunisia and from there a train to Casablanca.

Outside Casablanca they spent time in a displaced persons camp while Gil’s father arranged passage to the U.S. on a Portuguese tramp steamer.

This next leg of the adventure took 28 days, including a one-week stop in Havana, during which they could not leave the ship. Ultimately Gil and his family arrived in New York City, where Gil recalled being taken on deck to see the Statue of Liberty.

For the next decade Gil became a true New Yorker, until he left town to attend Brown University, where he received his bachelor’s degree in international relations.

From there he spent time learning the ropes at Marshall Fields in Chicago before joining the Army in 1956. On several occasions Gil mentioned particularly fond memories of his days in boot camp at Ft. Devens in Massachusetts and being stationed in Hawaii, where he leveraged his card-playing skills teaching contact bridge. After the army, Gil returned to New York where he received his MBA from Columbia University.

Gil spent the next five decades building and running his own businesses and enjoying life with family and friends who now miss him greatly.

Among his many passions he owned/operated a large department store founded by his grandfather, Emile, Nouveau Paris in Luxembourg City. A big part of his life for many years, he managed the store from afar along with his mother, Denyse, flying back and forth to Europe, as well as spending a month every summer there managing the store from 1968 until the early 1980s.

He was a founding member of the Consumer Analyst Group of New York (CAGNY) and a Securities Analyst at Chase Investors Management Corp as well as Merrill Lynch before striking out on his own in the early 1980s.

Gil brought adventure and humor into all our lives. From being a lifeguard at Craigville Beach on Cape Cod during college to scuba diving to photography to traveling the world to his great love of reading, he always greeted everyone with a handshake and parted ways with “cheers.”

Gil would often be seen in one of his many berets, always a bow tie, and no holiday was complete without his favorite — foie gras! He loved spending time with the grandchildren hearing about what they were learning in school, projects they worked on and the books they were reading.

A memorial service will be planned in the future once safe for family and friends to gather. He will be laid to rest with his parents in Paris.