Couple’s dream Seychelles trip ended in tragedy as metal expert husband, 60, died when his snorkel sprang leak in sea – moments after joking the same thing happened on previous holiday Mark Thomson-Tur drowned during a dream sailing holiday in the Seychelles  Snorkeling mask sprang a leak and despite receiving CPR, he died at the scene 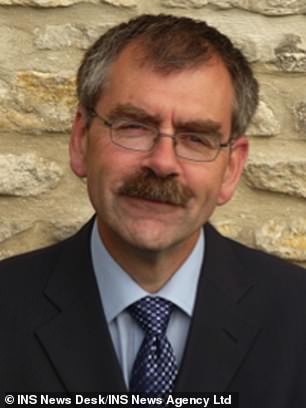 A couple’s dream sailing holiday in the Seychelles ended in tragedy when the husband, a leading metal expert, drowned in a freak snorkeling accident.

An inquest heard Mark Thomson-Tur got into difficulty when his new snorkeling mask sprang a leak and filled with water.

Despite efforts from his wife and a deckhand who performed CPR Mr Thomson-Tur was pronounced dead at the scene.

A coroners’ court heard he and wife Fiona had just embarked on a week-long sailing adventure and were enjoying a morning swim when he initially noticed the leak.

Mrs Thomson-Tur swam over to make sure he was okay and he joked that the snorkel mask was leaking, a similar problem he had encountered on a previous holiday.

‘At least it’s better than Costa Rica,’ he joked with his wife, moments before tragedy struck.

Soon after, Mrs Thomson-Tur noticed he was thrashing about and realised he was in serious trouble, the coroner in Oxford was told.

The 60-year-old was then found unconscious and floating face-up in the water by a deckhand from the sailing ship Seabird.

Mr Thomson-Tur was enjoying a morning swim with his wife off Round Island, Praslin, Seychelles, assistant coroner Nicholas Graham heard on Tuesday.

After their boat moored off the isles, the couple left the the rest of the cruise’s group to snorkel in waters which Mrs Thomson-Tur described as ‘clear, warm and calm.’

However, the dream became a nightmare when Mr Thomson-Tur, who was wearing a new snorkelling mask, began to struggle in the water.

Mrs Thomson-Tur swam back to check on him a second time, but could not see her husband anywhere.

She then saw her husband approximately 50-100 metres from the rest of the group.

In a chilling witness statement, Mrs Thomson-Tur said she then became aware of someone shouting for help, and realised something was terribly wrong.

‘I did not wish to watch this and I arrived on the Seabird,’ she said in her statement to the inquest.

Mr Thomson-Tur was unconscious and was taken back to the jetty where deckhands, who were trained in first-aid, frantically performed CPR.

‘They noted scratches on his shins where he had been thrashing in the water and hitting the rocks beneath the surface,’ Mr Graham told the Oxford Coroner’s Court.

Mrs Thomson-Tur arrived back at the Seabird, where the captain told her Mr Thomson-Tur had been taken to hospital.

She told the inquest her husband died on the jetty and his death was confirmed at the Baie Sainte Anne-Praslin Hospital on April 1 2018.

The coroner told the inquest: ‘Mark Antony Thomson-Tur died on 1 April 2018. Attempts were made to resuscitate him, but he died at the scene.’

Mr Thomson-Tur was born in Bristol and raised on the Isle of Wight.

He was an engineer who was highly-regarded in his field and worked as a technical consultant for the Copper Development Association and had 20 years’ experience in the metals industry.

Mr Graham recorded a conclusion of accidental death by drowning.